The Occupations of Vietnam: My Son 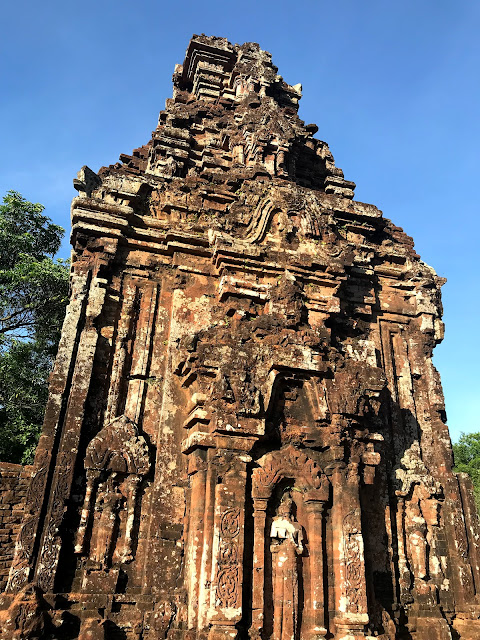 The My Son ruins, near Hoi An, are from the years 900-1300 AD. They are reminiscent of Angkor Wat because they were built by the same culture - Hindu. The Hindus from India were in Vietnam seeking spices. 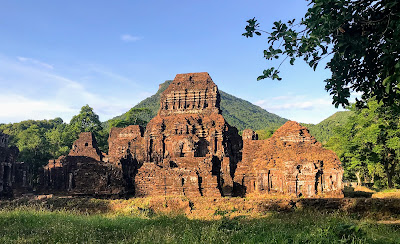 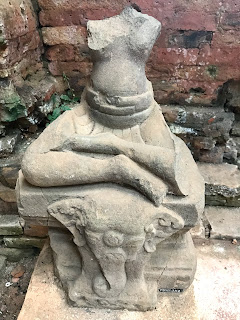 The site was full of depictions of the god Shiva, lingams, yonis, elephants, and lots of seated meditation in limestone (grey) and local clay bricks (burnt orange). 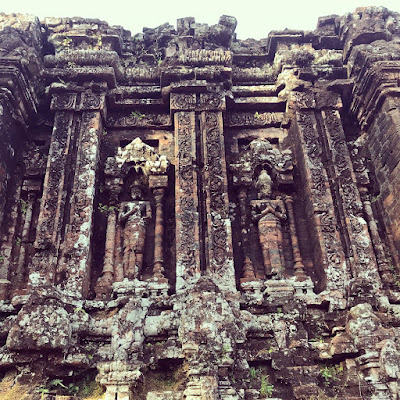 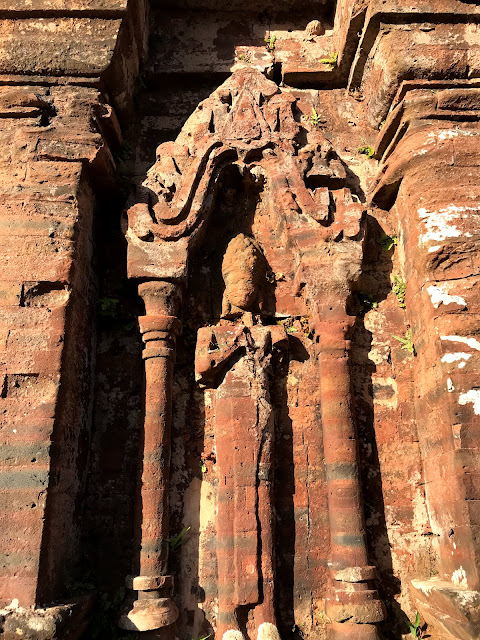 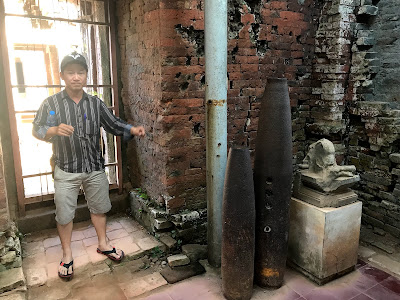 Our guide pointed out these American shells found on the site. During the Vietnam War the Viet Cong used My Son as a base. The Americans bombed the site, doing much damage. 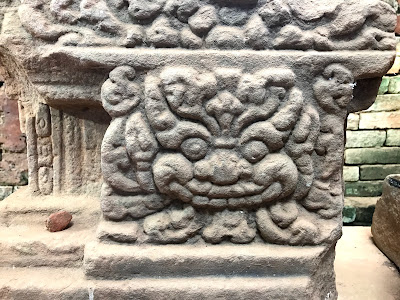 My name is Madeline, a Santa Cruz mom with wanderlust. I'm a former museologist, exploring California, and the world for all its got.