Huaraches and Boba in Ventura 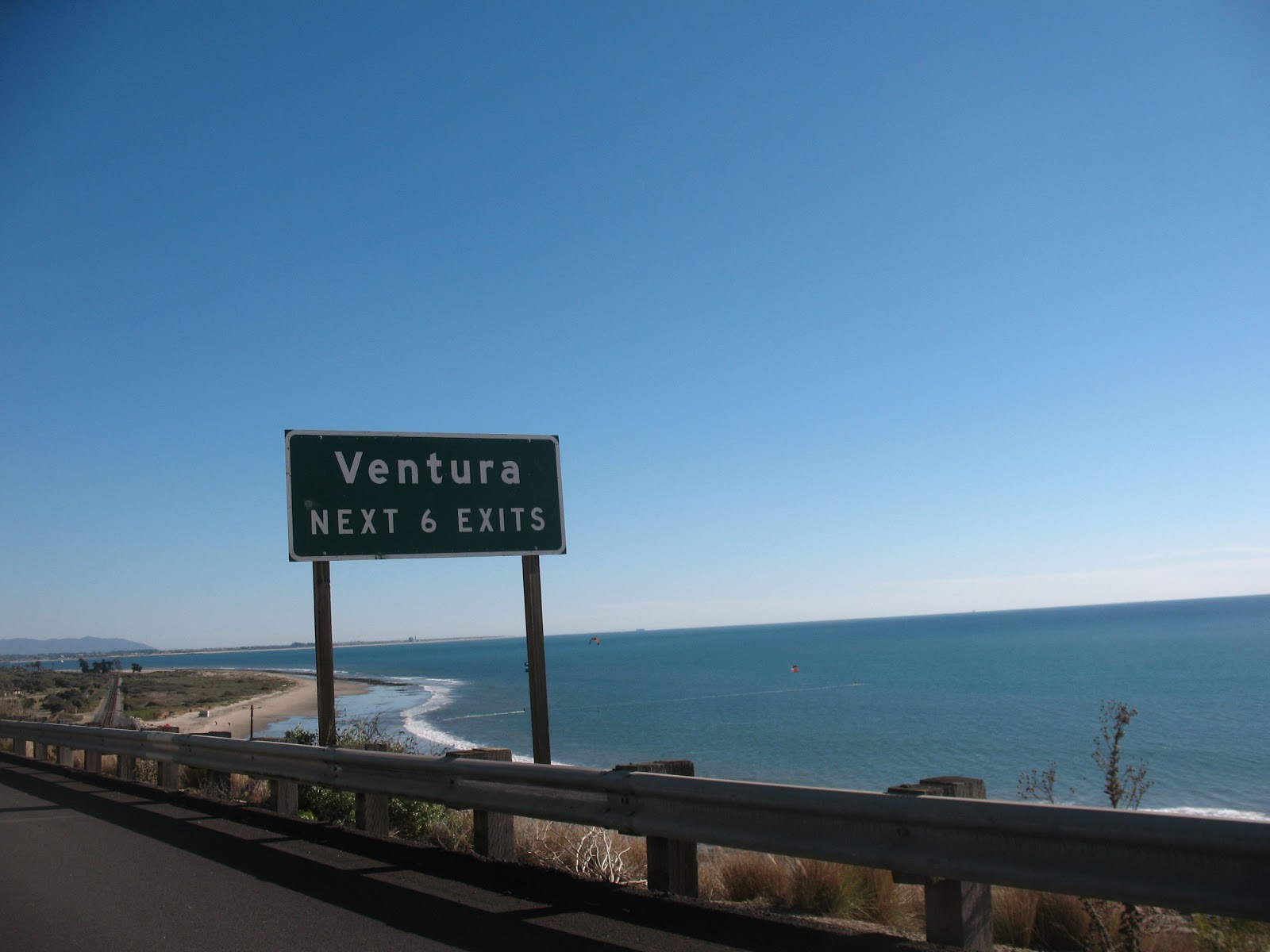 Ojai
I never intended to arrive in Ventura with a raging hangover. I had been in San Francisco for one evening, which spontaneously turned into a night with friends - dinner, an art show in a garage, drinks at the Rock Bar, and then, ill-advisedly, more drinks. The only sleep I got was in the back seat of the rental car on the six hour drive south. Mercifully, Marcin, our Polish driver (and my friend Mark’s partner) handed me a 7 Eleven breakfast biscuit as soon as I hopped in the car. That biscuit was like a gift from heaven. I know not to party till the break of dawn before a big trip, but sometimes I forget lessons I've already learned.

We met my sister Natalie in Ojai at The Farmer and the Cook. Natalie is in medical school and she was finishing a rotation in a hospital in Ventura. As it turns out, Natalie was recovering from a night of tequila. What a blessed coincidence! Neither of us had to feel remorseful for squandering our good health and spirits by overindulging the night before. We could lazily allow our companions to shuttle us around and not have a care in the world.

The Farmer and the Cook is a health food market with a Mexican-inspired breakfast and lunch counter. My matcha green tea smoothie refreshed and revived, while just half of my huarache filled me up and satisfied. Huarache (“sandal” in Spanish) is a Oaxacan specialty, consisting of an oblong (shaped like a sandal) cornmeal patty covered in Mexican goodness, like salsa, meat, avocado, and beans. Desert surf hippies dined outside on the patio with us. I felt a mess, but the tan men with blue eyes, messy long blond hair, and fashionably disheveled clothing cheered me up a bit. Mark, my friend who grew up in Ventura, and brought me south on this trip with his husband Marcin, called them the “commune people.”

Ventura
Although we didn’t run into any more sexy commune people the rest of our trip, we did manage to enjoy ourselves. On Ventura’s palm-lined Main Street thrift stores that cater to low-income families and have been around for decades co-exist with newer upscale boutiques and restaurants.

My first night in town Natalie and I met her medical student roommate Jen and her boyfriend Adam for happy hour at Onyx Bar in the stunning 1920s brick and Spanish tile Watermark on Main restaurant. They had run out of artichoke dip - the dish that had lured us in for happy hour - so they offered us calamari for a discount. Our hangover bellies welcomed the fried squid.

Before we knew it, Adam’s face was on the flatscreen TV behind the bar, in an ad for Finding Bigfoot, the show he works on. This prompted him to tell us about the time he had to walk through the forest in total darkness, as to not disturb the “squatch,” as they call them, and a stick poked right into his eye. He called Jen for advice on what to do, and like a good medical student, she panicked and googled it. Miraculously the eye healed perfectly. He now wears goggles when walking in the forest in the dark, which he has to do often for the show.

Oxnard
I can’t say Oxnard in my head without hearing the Ill Repute Song “Oxnard!” I often “sing” the song to Mark, which is just me yelling “Oxnard!” in his face. The next morning Natalie and I met Mark and Marcin at the Channel Islands Harbor Farmers Market. The harbor felt like vacationland with bright sun, a wide open blue sky, palm trees, and townhouses hugging canals. We made breakfast out of a taco al pastor and a chicken tamale and bought produce for a barbecue later.
The rest of Oxnard is a mixture of mid-century architecture and nondescript 1980s and 90s buildings. Mark brought us to the Vogue, a movie theater he used to go to, which now houses a swap meet and a Mexican grocery in the lobby. Vendors in the windowless old theater sell fuzzy Mexican blankets, shoes, clothes, and baby items. An arcade with 1980s video games sits against the side wall. A sloppily painted black and silver beauty parlor is stuck in the corner.


Next, Mark took us to White Rabbit, a new Filipino fusion restaurant that started as a food truck and got so popular that they opened a brick and mortar restaurant. Their menu features dishes like Carne Fries, any meat on top of fries, covered with swiss cheese. White Rabbit brews each boba tea individually with a shiny chrome tea machine larger than most cafe’s espresso machines. Baristas shake the hot tea in cocktail shakers with ice to cool it down. Natalie and I split an almond tea with aloe and boba. I had never tasted boba or aloe so fresh.

stay tuned as my Ventura adventures continue...
Posted by Madeline at 1:29 PM

My name is Madeline, a Santa Cruz mom with wanderlust. I'm a former museologist, exploring California, and the world for all its got.